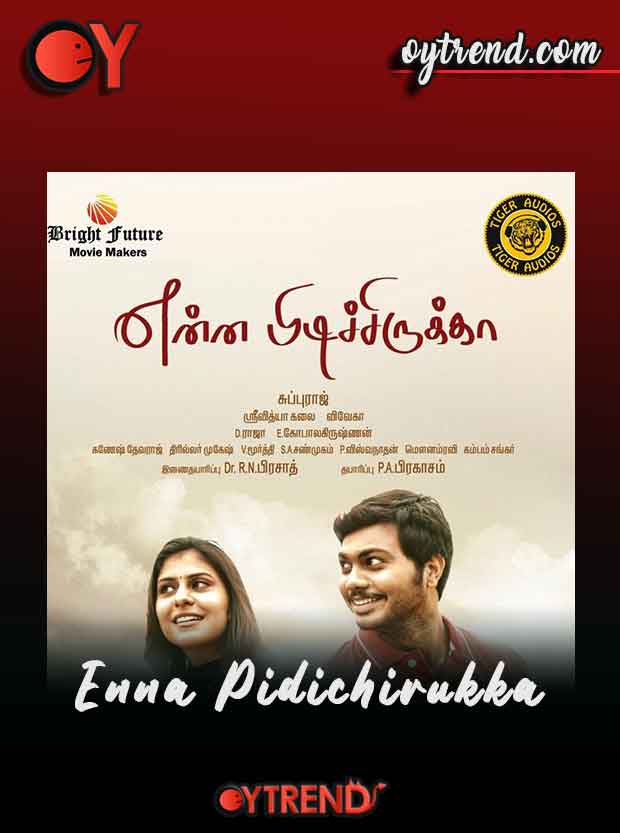 Here in this section you will know Full Movie Cast of Enna Pidichirukka, the actor and the actress roles, with their biography linked.

Here in this section you will know Full Movie Crew of Enna Pidichirukka, the Director, Musician, Singer, Lyricist, Camera Man, Producer, Editor and Screen Play, writer, with their biography linked.

In this section you can check whether “Enna Pidichirukka” is hit or flop, with user review, you can also vote for that, in additional to that you can get its box office details below.